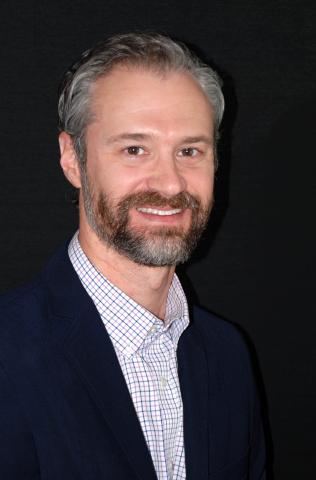 Rusty has been a member of CPC for 16 years. He has been involved in many areas of ministry as both a deacon and elder. Rusty volunteers as a lay leader in worship, and has served on stewardship and mission. He has taken on co-leader roles in the church’s “Miracle of the Corner” and Ignite capital campaigns.

Rusty and his wife Kim have two children, ages 10 and 3. They both grew up in Chester and went to LC Bird High School, but did not start dating until they “officially” met in college. Kim is also the director of the preschool at CPC.

Working for Estes Express Lines, an LTL transportation provider based in Richmond, Rusty works at the corporate office as Director of Volume and Truckload. His office is responsible for securing larger freight in regions where trucks may be running lighter or even empty.

Rusty does all disciplines of cycling from road bikes, mountain bikes and even some dirt jumping and downhill mountain biking. He says the dirt jumping is both terrifying and exhilarating, even as he ages – however he has not broken a leg jumping!

Talented at fixing and repairing his own vehicles, Rusty has an extraordinary knowledge about cars. Kim says he is funny, good at fixing MOST things, and does a GREAT job getting rid of spiders!